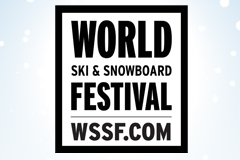 The WSSF will captivate you with world class snow sports, arts, entertainment and much more.

This is a huge event – the largest gathering of winter sports, music, arts and culture in North America.  This year’s WSSF looks to build upon that reputation of “bigger and better” with a lineup of events, entertainment and international skiing and snowboarding personalities guaranteed to thrill the many thousands expected to attend.

Given the popularity of this annual snow sports festival, it is highly recommended you make your travel plans now. Make the most of your time at the World Ski and Snowboard Festival with a stay at the relaxing and tailored Whistler, BC lodging of our member Bed and Breakfast inns.

The WSSF’s primary draw are the many snow sports events, featuring competition among the world’s top athletes at the highest levels.

Other sports-related events include the Demo Park, where you can try out the latest ski and snowboard gear, a fun-for-the-whole family set of competitions with Big Air Bear, the Festival’s official mascot, and his furry friends, plus a dog show and the Vengeance in the Valley roller derby tournament between the Squamish Sea to Sky Sirens and Whistler’s Black Diamond Betties.

Away from the races and other snow sports competitions, you’ll find plenty to enjoy during the 10 days of the festival, including an incredible lineup of music, films, a fashion show, photography, art and culture exhibitions and much more.  Most of these events are free of charge.

More information, including how you can purchase tickets, is available on the World Ski & Snowboard Festival website.

Choose Whistler Blackcomb, BC Lodging That Provides a Personalized Escape from the Frenzy of the World Ski & Snowboard Festival 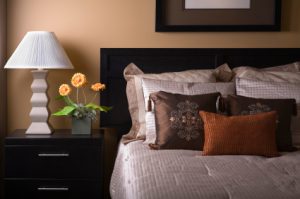 Savour a large assortment of breakfast choices and relax before and after your adventures in a comfortable guest room.  You’ll enjoy the attention to detail and the regional expertise of the innkeepers at locations all across the Whistler Blackcomb region.

The annual WSSF event has been held since 1996 and has, in that time, earned its place as the largest and most exciting ski and snowboard event in North America.

Please share your plans for and memories of the World Ski & Snowboard Festival.