Beautiful Northern BC is a vast region taking up 53 percent of the province’s landmass with 500,000 square kilometres. Yet it has only about 5 percent of the population. It stretches from the Queen Charlotte Islands and the Pacific Ocean in the west to the Rocky Mountains in the east; and from Tweedsmuir Park and the Cariboo in the south to the Alaska-Yukon Border in the North. The pristine wilderness teams with wild life – moose, bear, fox, deer, rabbits and birds and legendary fishing! 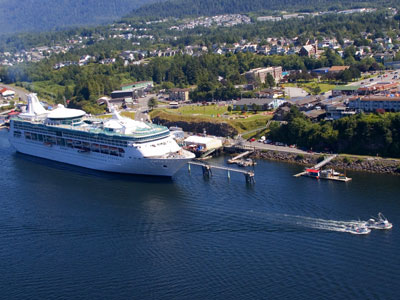 The Northwest region stretches from the Skeena River in the South to the Cassiar Mountains in the North and offers some of the most awe-inspiring scenery and wildlife on the continent. An abundance of wild rivers, deep canyons, magnificent glaciers, clear lakes and pristine areas distinguish the region. Visit the famous Bear Glacier, hike along trails that show evidence of old gold and silver mines as they take one on a walk through magnificent coastal forest, mountain streams and alpine meadows. Spy on the elusive Kermode bear. Incredible bear viewing can be found in the Khutzeymateen Valley – home to Canada’s only grizzly bear sanctuary

Visit Tweedsmuir Park in Burns Lake, the largest provincial park in BC. Fort St James with its Old Hudson Bay trading post and its costumed interpreters, Hazelton, home to the Gitksan and Wet’suwet’en people where you can see over 50 totem poles in 8 native villages, and the pacific historic fishing village of Port Edward, a National Historic Site and home to B.C.’s oldest surviving salmon cannery.

Prince Rupert is an important transportation hub for the northern. BC Ferries routes, the Alaska Marine Highway System and VIA Rail. Regular flights service the area as well. Prince Rupert is also the cultural centre of the Tsimshian speaking First Nations people and the Museum of Northern BC tells the story of their 10,000 year history. 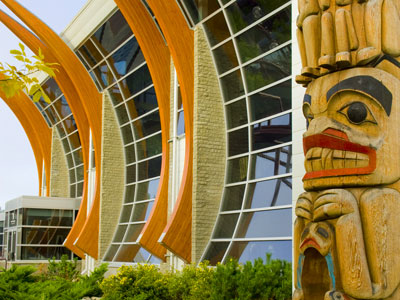 The Northeast region is home to a diverse range of communities and experiences. From the Peace River Valley to the Rocky Mountains, cross-country skiing to rollicking rodeos, this vast region has something for everyone.

Connecting much of the region is the world famous 1500-mile Alaska Highway built during WWII.

Drive through the beautiful Robson Valley to majestic Mt. Robson, the highest peak in the Canadian Rockies, Bijoux Fall’s Park and the WAC Bennett Dam – one of the world’s larges earth filled dams.

Prince George, is the region’s largest city, and the economic and transportation hub of Northern BC. It is bisected east/west by both Highway 16 and VIA Rail and north/south by highway 97. It offers a wealth of cultural and historical highlights such as the Two Rivers Gallery, the Railway and Forestry Museum and Exploration Place. Visit the University of Northern British Columbia to see its stunning contemporary architecture and First Nation influence.

Prince George is located at the confluence of two major rivers – the Fraser and the Nechako. At a rate of one a day it would take nearly six months to visit all of Prince George’s Parks, the largest of which is Forests for the World, adjacent to UNBC campus, with 15 km of trails and Shane Lake to enjoy. There are many golf courses in the area as well as tours available through area sawmills, pulp mills and logging operations. Three downhill ski areas and hundreds of kilometers of cross country ski trails can be enjoyed in the winter.

Dawson Creek, is Mile “0” of the Alaska Highway. The Mile Zero Cairn is a popular photo stop, as it marks the beginning of the famous highway and the starting point for hundreds of motorists on their way to Alaska. Mile Zero Park, located at the junction of the Alaska Highway and Highway 97 South, contains three interesting attractions: the Walter Wright Pioneer Village, which features both replicated and restored pioneer buildings open for touring, Gardens North where you can view eleven themed gardens, and Rotary Lake, a man-made lake used for summer swimming, the only one of its kind in the Peace River Country.

Both the Dawson Creek Station Museum and the Dawson Creek Art Gallery are located in Northern Alberta Railways Park. The museum, housed in a 1931 Northern Alberta Railway Station, contains railroading memorabilia, artifacts, and a Visitor Info Center. The art gallery features more than a dozen exhibitions a year, with works by local, national and international artists. Among its permanent displays is a pictorial history of the construction of the Alaska Highway

The Queen Charlotte Islands – known as Haida Gwaii – are a large chain of more than 150 islands. The region is a popular destination for travelers seeking beautiful coastal scenery and a chance to experience First Nations culture.

The Islands are a rainforest of natural beauty and wildlife. Haida and settler cultures add to the diversity while the mild climate allows for lush vegetation and abundant wildlife. Watch for grey, orca, and humpback whales along with seals, sea lions, marine birds and bald eagles. There are miles of endless beaches — some rocky, others of white sand — with opportunities for beach combing, beach walks, kayaking, canoeing and fishing, while the Queen Charlotte mountains offer a grid of hiking trails

For those looking for Haida history, the museum in Skidegate has many artifacts on display. Tours by plane or boat can be arranged to visit ancient Haida villages where totem poles, house posts and various other artifacts lie in their original Village sites

The hub of these islands is Queen Charlotte City, a small community offering motels and B & B accommodation, restaurants, shops and galleries showcasing a wide range of art ranging from paintings, wood carvings, pottery, glass work and handmade clothing.