The Museum of Northern British Columbia 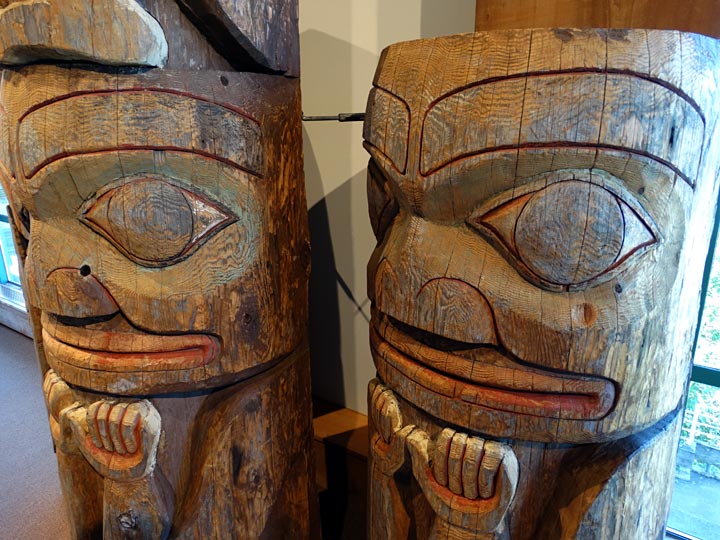 Housed in a magnificent, Northwest Coast Longhouse overlooking Prince Rupert Harbor, the Museum of Northern British Columbia is internationally celebrated for the beauty of its collections and the vision of its mission.

The indigenous peoples of the Northern BC coastline – Haida, Gitksan, Nisga’a, Tlingit, Tsimshian – lived in sustainable communities for thousands of years prior to the influx of European settlers. During this time they developed rich oral and visual cultures, expressed in song, story, wood, bone, and fiber.

Exhibits under the massive cedar beams of the Museum of Northern British Columbia include both permanent and temporary displays of archeological artifacts, unique works of art by current artists, and thousands of years of Northwest Coast history and culture.

In the Main Gallery, you will learn of the economic, domestic, and ceremonial lives of Northwest Coast peoples, from ancient to modern times. The Monumental Gallery, with its all-encompassing and breathtaking view of Prince Rupert Harbour, home of the Tsimshian, displays both temporary exhibits and permanent collections of native art, past and present. The Hall of Nations illustrates the rich diversity of all of the Northwest Coast peoples through their unique art styles. Visit the Treasures Gallery to revel in the beautiful and intricate ceremonial regalia and objects of the chiefs and shamans.

The Museum of Northern British Columbia also includes a gift shop, carving shed, and the Ruth Harvey Art Gallery, created to display the work of local and regional artists, as well as occasionally serving as a temporary exhibit gallery for the museum.

Another building in Prince Rupert’s waterfront park complex includes the Kwinitsa Railway Station Museum, offering exhibits of the daily life of the station master and crew of Canada’s historic northern railway system. Be sure to stop by for another view into the area’s rich and ever-evolving history!