Red and the Olympic Rings 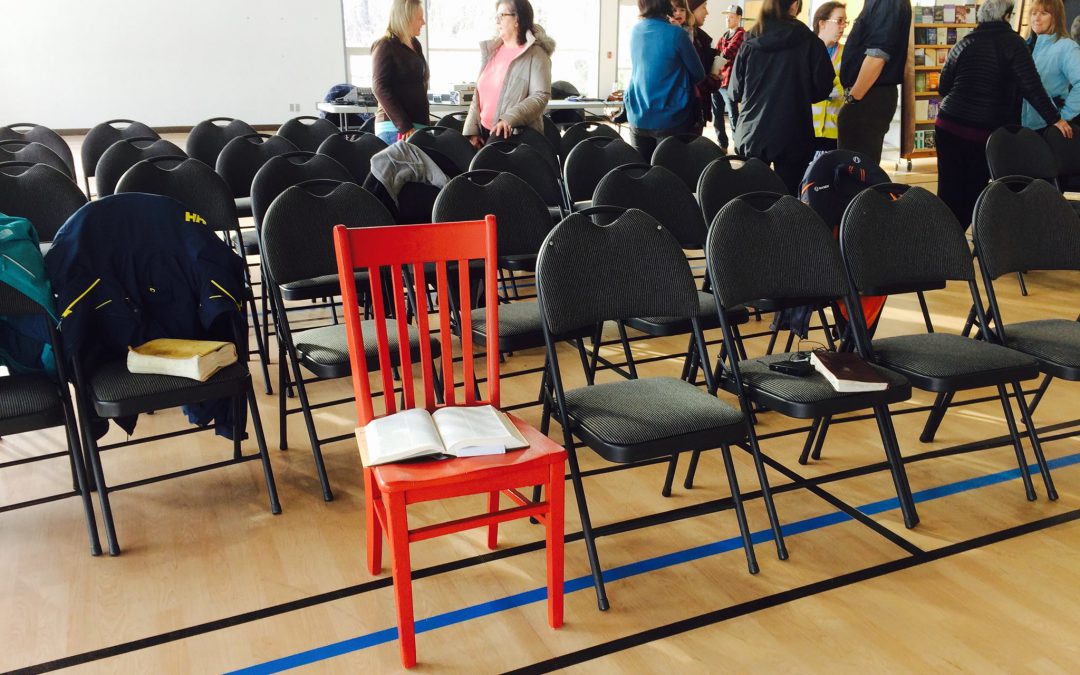 After his wonderful stay and the great adventures the Red Chair had in Revelstoke, his next bus trip took Red to the Whistler and Pemberton region. 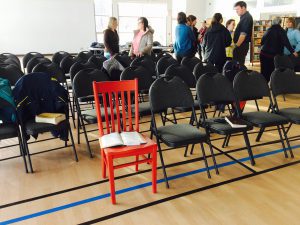 Red joins the service in Pemberton 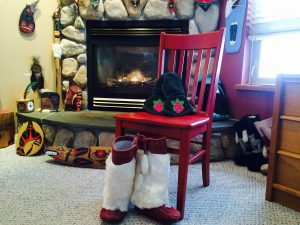 relaxing by the fire at Greenwood Country Inn in Pemberton

The innkeepers at the Courthouse Inn Revelstoke had shown Red such an awesome time trying everything from snowshoeing to dogsledding, that he needed to catch his breath for just a little bit.  Good thing he next arrived at the Greenwood Country Inn in Pemberton where innkeeper Margit was ready to spoil him and where the fire was so relaxing!  And, they had a hot tub and there are few things more wonderful than sitting in a hot tub with snow all around you.  So peaceful! He did venture out into the community to join a Sunday service and to check out the depth of the snow and the thickness of the ice.  The innkeeper lent him a Vancouver Canucks shirt to keep him warm.  A snowbound Greenwood Country Inn is the perfect place to relax in winter. Thank you Margit for looking after Red so well!

Fortunately the trip to Red’s next BC Bed & Breakfast was just a little bit down the road to Whistler BC. Whistler of course, was home to the skiing and sliding events at the 2010 Winter Olympic Games, so another first for Red, an Olympic community.  He was welcomed to Whistler by innkeepers Jackie and Joern at the Cedar Springs Lodge.  Joern Rohde is also a photographer, so we were expecting great pictures and got them!  With Whistler’s reputation as a top ski resort in North America, plus its Olympic legacy, there was lots to see and do.  Red found a few more winter sports he hadn’t tried yet and they were all about speed, at the Whistler Sliding Centre.  Considered the fastest track in the world, Red took a big breath and threw himself down the track on the skeleton and in the 2-man bobsleigh.  What a rush!  His legs did feel a little shaky after that so he headed to the Bearfoot Bistro for a shot of vodka in the Ketel One Ice Room.  The Ice Room is the coldest tasting room in the world at -32 degrees centigrade (-25 F), so even vodka tasting is a winter sport in Whistler!  On the opposite side of the temperature scale, Red also enjoyed some margaritas and a little too much tequila at Mexican Corners in Whistler.

Of course Red had to visit Whistler Village, the hub and heart of Whistler, where you’ll find great shopping, dining and apres-ski and nightlife.  He was pretty awestruck by the Olympic rings and also took a spin on the free ice rink at Olympic Plaza.  He met some great folks and the Pride flag at the end of the Whistler Pride & Ski Festival, and of course Red fit right in with the Pride flag, and the Canadian flag too for that matter!  With so many adventures during the days he spent in Whistler he was also very happy to check into the Scandinave Spa and refresh in the hot baths and relaxing waterfalls and get a massage.  At the end of the day, his bright and comfortable room at Cedar Springs Lodge was waiting for him.  Over a delicious breakfast in the morning he was able to share his adventures with the other B&B guests at the lodge, and hear about theirs, always such a great part of the Bed & Breakfast experience. 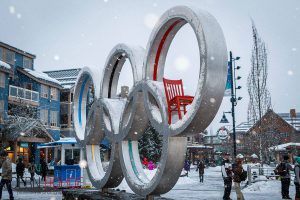 Red was pretty awestruck by the Olympic rings in Whistler 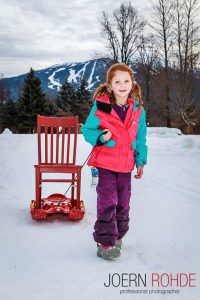 Red goes sledding with a new friend in Whistler 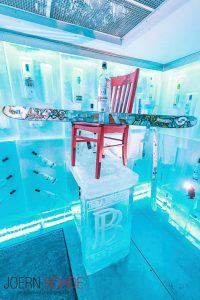 The Ketel Once Ice Room at Bearfoot Bistro, the coldest tasting room in the world 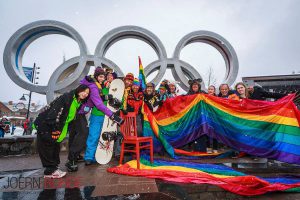