Prince George: The Hub of Northern BC 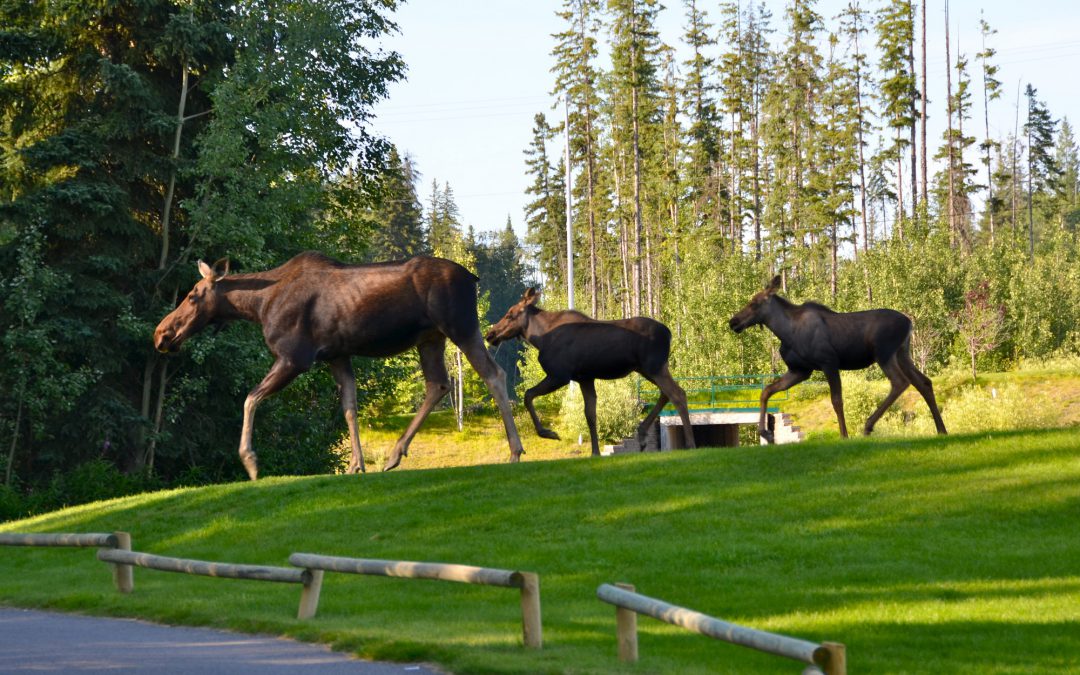 Prince George is considered the hub of Northern BC, yet if you look at the BC map, it’s not even half way up the province if you’re counting from the US border. This “northern capital” city, with a population of around 74,000, is not only the center for culture and shopping, but has a huge wilderness area right in its backyard, with endless opportunities for exploring and outdoor activities. 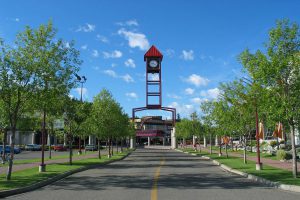 The name Prince George comes from the original Fort George trading post founded by Simon Fraser, whose name was later attached the the river that links Prince George to the rest of the province.  The city is home to a multicultural population, as well as the University of Northern British Columbia.  Museums such as The Exploration Place and the Central BC Railway and Forestry Museum allow you to delve into Prince George’s history.  Don’t miss Mr. PG, at the junction of Hwys. 97 and 16.  Now a fibreglass and steel figure, he was originally a wooden figure to celebrate Prince George’s forestry background as part of a float in the 1963 Grey Cup parade.

Use Prince George as your home base for day trips in the region.  North of the city you’ll find the Huble Homestead Historic Site at the Giscome Portage.  Closed after World War I, in 1983 plans and fundraising got underway to restore the former cabins and store, and it has become a very popular attraction.  Visit the Ancient Forest Recreation site, a unique inland wet temperate rainforest in the watershed of the upper Fraser River.  This easy-moderate hike includes a waterfall and a beautiful section of boardwalk.  A local hiking group called the Caledonia Ramblers has published a “Hiking North Central BC Guide” covering other favorite hikes in the region, including everything from moderate to more challenging hikes such as Fang Mountain, and also organizes weekly hikes, and snowshoeing trips in the winter.  The Otway Nordic Ski Centre just west of Prince George has its network of 55 km of trails open in summer for hikers and bikers, while during winter it offers groomed trails, night skiing, snowshoeing trails and a world class biathlon facility. 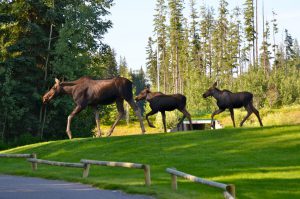 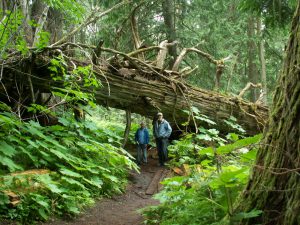 Hiking in the Ancient Forest near Prince George

There are 120 parks in the Prince George area alone to explore, or you can take guided tours to visit known wildlife viewing sites, or go fishing, or hunting.  Combine your outdoor exploration with some great art galleries in the city, great eateries, some shopping and return to your hosts at the Prince George B&B you checked into the day before.  Not only do they offer great hospitality but they can help you plan your next day’s activities to fully enjoy your time in this “northern” city!